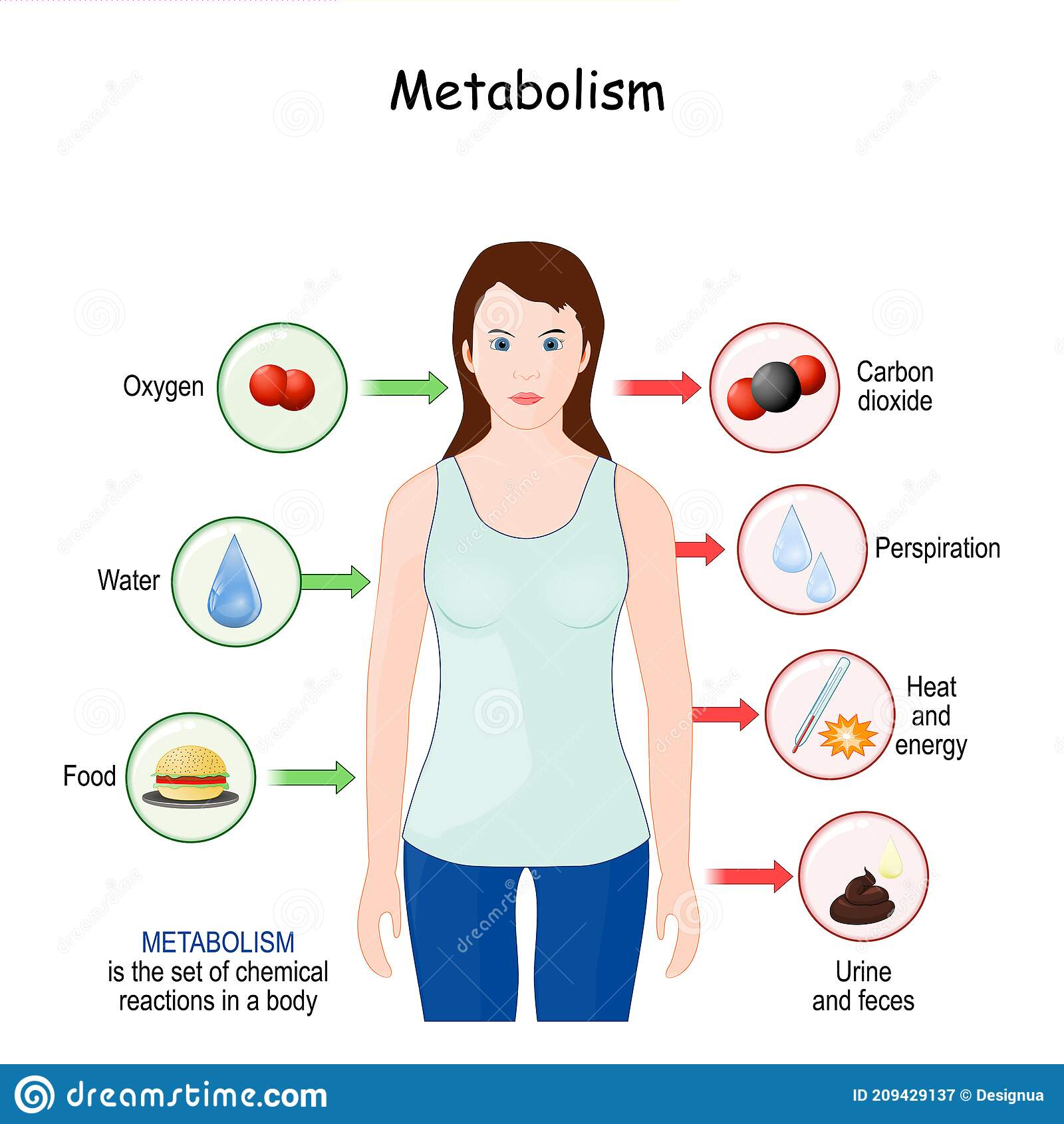 Metabolism is a term that is used to describe all chemical reactions involved in maintaining the living state of the cells and the organism. Metabolism can be conveniently divided into two categories:

Metabolism is closely linked to nutrition and the availability of nutrients. Bioenergetics is a term that describes the biochemical or metabolic pathways by which the cell ultimately obtains energy. Energy formation is one of the vital components of metabolism.

What does your metabolism do?

Your metabolism never stops, even when your body is at rest. It constantly provides energy for basic body functions, such as:

What is the basal metabolic rate (BMR)?

Your basal metabolic rate (BMR) refers to the minimum number of calories your body needs to function while you’re resting. This amount varies from person to person. Your BMR fulfills 60% to 70% of the energy your body uses. Rapid weight loss and aggressive calorie restriction decrease your BMR — this is one reason why weight loss is usually not linear and may stall at some point.

How does the body use the rest of its energy?

Your body uses about one-tenth of its energy to process food into fuel. The remaining energy fuels your physical movement.

How does metabolism affect weight?

Many people blame metabolic problems for weight struggles. But your metabolism naturally regulates itself to meet your body’s needs. It’s rarely the cause of weight gain or loss. In general, anyone who burns more calories than they take in will lose weight.

What’s the difference between a fast metabolism and slow metabolism?

Someone with a fast metabolism or fast BMR burns a lot of calories even while at rest. If you have a slow metabolism or slow BMR, your body needs fewer calories to keep it going.

A fast metabolism does not necessarily lead to thinness. In fact, studies show that people with overweight/obesity often have fast metabolisms. Their bodies need more energy to keep basic body functions going.

Factors that affect our BMR

Your BMR is influenced by multiple factors working in combination, including:

Your BMR rises after you eat because you use energy to eat, digest and metabolise the food you have just eaten. The rise occurs soon after you start eating, and peaks two to three hours later.

This rise in the BMR can range between two per cent and 30 per cent, depending on the size of the meal and the types of foods eaten.

Energy used during exercise is the only form of energy expenditure that we have any control over.

However, estimating the energy spent during exercise is difficult, as the true value for each person will vary based on factors such as their weight, age, health and the intensity with which each activity is performed.

How can I have a healthy metabolism?

These steps may benefit your metabolism:

When should I talk to a doctor?

You should call your healthcare provider if you experience:

One response to “Metabolism”