Consult our doctor on WhatsApp

Vitiligo is a chronic (long-lasting) disorder that causes patches of skin to lose pigment or color. This happens when melanocytes – skin cells that make pigment – are attacked and destroyed, causing the skin to turn a milky-white color.

There are two types of vitiligo:

A person with vitiligo occasionally may have family members who also have the disease. There is no cure for vitiligo, but treatment may help skin tone appear more even.

Anyone can get vitiligo, and it can develop at any age. However, for many people with vitiligo, the white patches begin to appear before age 20, and can start in early childhood.

Vitiligo seems to be more common in people who have a family history of the disorder or who have certain autoimmune diseases, including:

The main symptom of vitiligo is loss of natural color or pigment, called depigmentation. The depigmented patches can appear anywhere on your body and can affect:

People with vitiligo can also develop:

The exact cause of vitiligo is not fully understood. Scientists believe that it may be an autoimmune disease in which the body’s immune system attacks and destroys the melanocytes.  In addition, researchers continue to study how family history and genes may play a role in causing vitiligo.

Finally, sometimes an event – such as a sunburn, emotional distress, or exposure to a chemical – can trigger vitiligo or make it worse.

To diagnose vitiligo, your doctor will ask about your family history and perform a thorough physical exam. The exam may include a close evaluation of your skin. Sometimes doctors use a Wood’s lamp, also known as a black light, which is an ultraviolet light that the doctor shines on your skin. If you have vitiligo, the light makes your skin appear chalky.

Other tests can include:

Most treatments for vitiligo focus on stopping the immune system from destroying the melanocytes and improving the skin’s appearance. In most cases, the goals of your treatment are to:

It’s important to remember that treatments may take time, and not everyone responds. In addition, the results from treatments can vary from one part of the body to another, and new patches may appear in the meantime. Sometimes, doctors will recommend more than one treatment to get the best results.

Surgery is typically not recommended when vitiligo is spreading or for people who scar easily or develop keloids, which are raised scars that grow larger than the wound that caused the scar.

Living with vitiligo can be hard. Some people with the disorder feel embarrassed, sad, ashamed, or upset about the changes in their appearance. Sometimes, this can lead to low self-esteem and depression. Seeking advice and help from a mental health professional can help you cope with the disorder and treat depression.

In addition to the treatments your doctor recommends, you can help manage the disease by:

The NIAMS supports research to help treat and possibly prevent vitiligo. Researchers are looking at the immune response to understand the body’s natural mechanisms that trigger and control autoimmune diseases, which could be used to develop new treatment strategies. In addition, studies are looking for genes and other factors that may contribute to vitiligo and are exploring possible new treatments for the disease.

One thought on “VITILIGO” 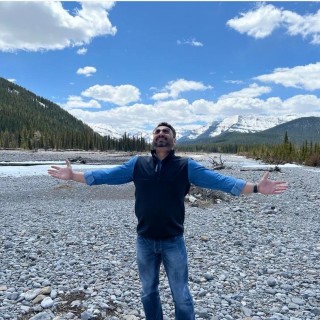