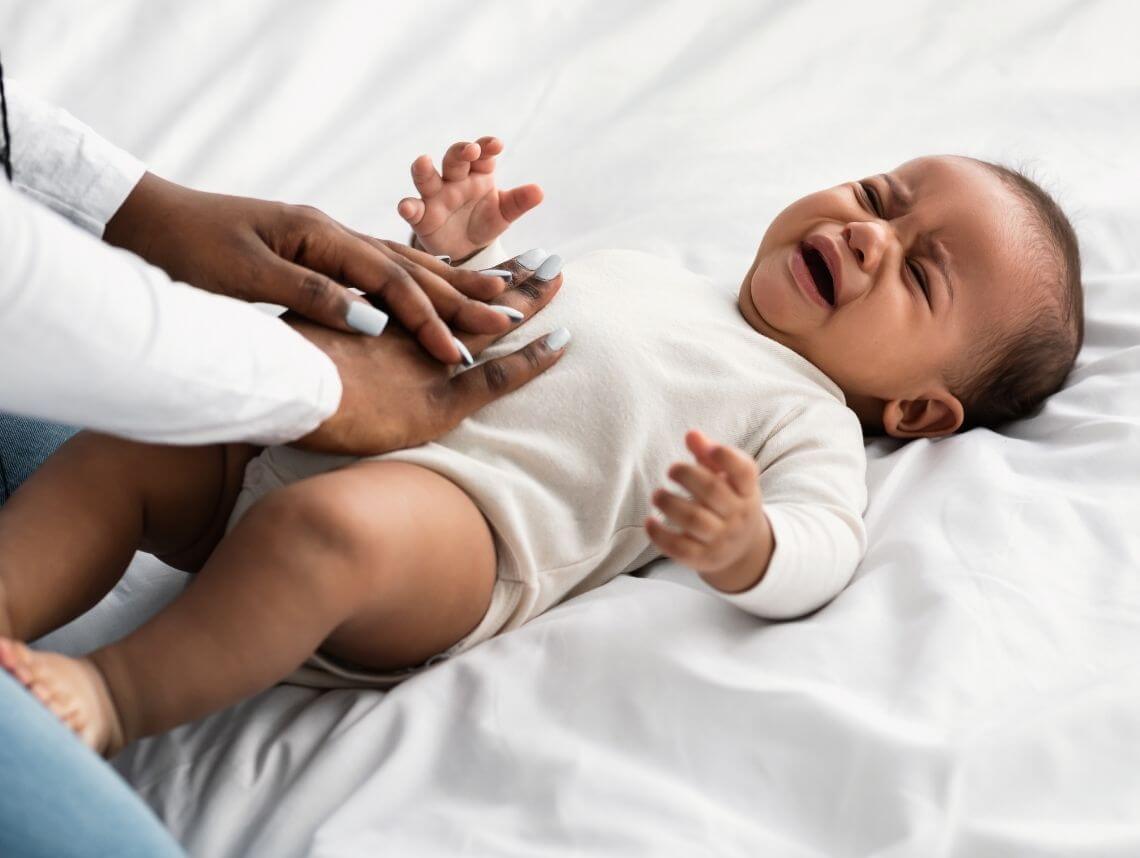 It’s a cycle that’s vital to life — we eat food, digest it, and excrete what we can’t use.

Excretion, though often a subject of disgust or humor, is very important. It usually begins on the first day of a baby’s life, when the newborn passes their first stool, called the meconium.

But some babies have trouble. If a baby can’t have a bowel movement, they may have Hirschsprung’s disease, a condition in which there are missing nerve cells in the large intestine.

Hirschsprung’s disease is congenital — that is, it develops during pregnancy and is present at birth. Some congenital conditions happen because of the mother’s diet, or because of an illness they had during their pregnancy. Others are because of genes the parents pass on to the newborn.

Researchers don’t know why some people have Hirschsprung’s disease, though they believe the disease is related to flaws in DNA instructions. Though the disease can be deadly, modern medicine is able to fix the problem with surgery, and help children who have been treated to live relatively normal, healthy lives.

What are the symptoms of Hirschsprung’s disease?

Symptoms vary with age. Eighty percent of children with Hirschsprung’s disease have symptoms in the first six weeks of life. However, children who only have a short segment of intestine that lacks normal nerve cells may not exhibit symptoms for several months or years. Their primary symptom is constipation.

Each child may experience symptoms differently, but common symptoms in infants include:

Children who don’t have early symptoms may experience the following signs of Hirschsprung’s disease as they get older:

Scientists aren’t sure why the ganglion cells don’t migrate down to the end of the rectum completely. However, genetic factors may be involved, especially when longer lengths of intestine are involved or when someone else in the family also has the condition.

Hirschsprung’s disease occurs five times more frequently in boys than in girls. Children with Down syndrome have a higher risk as well.

Your child may need to undergo one or more tests in order to be properly diagnosed with Hirschsprung’s disease (also called congenital a ganglionic megacolon).

Most newborns will have the following tests:

There are other tests that, when abnormal, suggest that Hirschsprung’s may be present. Your child may need to have more testing or a biopsy to confirm or to rule out this diagnosis.

Treatment of Hirschsprung’s disease consists of surgical removal (resection) of the abnormal section of the colon, followed by reanastomosis.

Hirschsprung’s disease is a very serious condition. But if found quickly, it can help your child live a relatively normal life.

Doctors will usually do one of two types of surgery:

Pull-through procedure: This surgery simply cuts out the part of the large intestine with the missing nerve cells. Then the rest of the intestine is connected directly to the anus.

Ostomy surgery: This surgery routes the intestine to an opening made in the body. The doctor then attaches an ostomy bag to the outside of the opening to hold the waste from the intestine. Ostomy surgery is usually a temporary measure until the child is ready for the pull-through procedure.

After surgery, some children may have issues with constipation, diarrhea, or incontinence (lack of control over bowel movements or urination).

A handful may get enterocolitis. Signs include rectal bleeding, fever, vomiting, and a swollen abdomen. If that happens, take your child to the hospital at once.

But with proper care — especially a proper diet and plenty of water — these conditions should subside and most children are able to experience normal bowel movements within a year of treatment. Other children will have bowel issues on and off into adulthood throughout their lives. Because Hirschsprung’s disease is congenital, it means it is a lifelong issue that should be monitored.