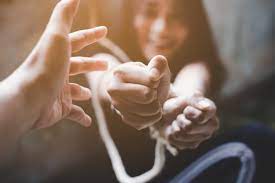 Stockholm syndrome is commonly linked to high profile kidnappings and hostage situations. Aside from famous crime cases, regular people may also develop this psychological condition in response to various types of trauma.

In this article, we’ll take a closer look at what exactly the Stockholm syndrome is, how it got its name, the types of situations that may lead to someone developing this syndrome, and what can be done to treat it.

how to stockholm syndrome get its name?

Stockholm syndrome is named for a bank robbery in Stockholm, Sweden, in 1973. Four people were held hostage by the robbers for six days; when they were rescued, the hostages attempted to protect the perpetrators, with whom they had an amicable relationship.

What are the symptoms?

Stockholm syndrome is recognized by three distinct events or “symptoms.”

These feelings typically happen because of the emotional and highly charged situation that occurs during a hostage situation or abuse cycle.

For example, people who are kidnapped or taken hostage often feel threatened by their captor, but they are also highly reliant on them for survival. If the kidnapper or abuser shows them some kindness, they may begin to feel positive feelings toward their captor for this “compassion.”

Over time, that perception begins to reshape and skew how they view the person keeping them hostage or abusing them.

While Stockholm syndrome is commonly associated with a hostage or kidnapping situation, it can actually apply to several other circumstances and relationships.

Stockholm syndrome may also arise in these situations

Stockholm syndrome is a coping strategy. Individuals who are abused or kidnapped may develop it.

Fear or terror might be most common in these situations, but some individuals begin to develop positive feelings toward their captor or abuser. They may not want to work with or contact the police. They may even be hesitant to turn on their abuser or kidnapper.

Stockholm syndrome is not an official mental health diagnosis. Instead, it is thought to be a coping mechanism. Individuals who are abused or trafficked or who are the victims of incest or terror may develop it. Proper treatment can go a long way to helping with recovery.