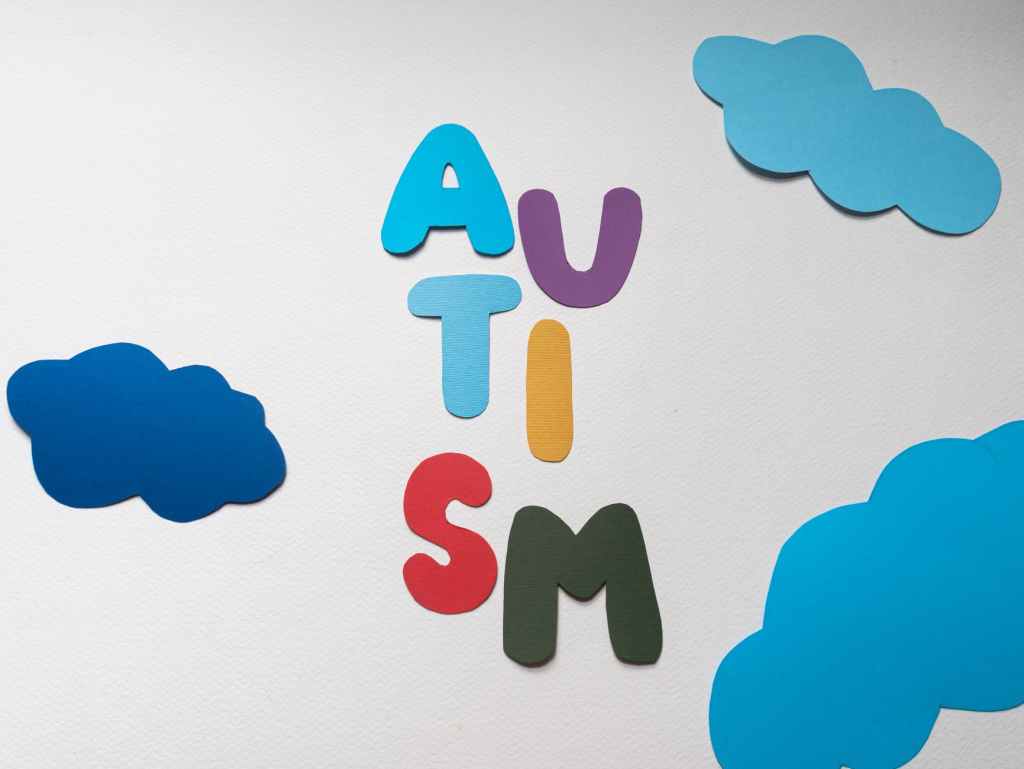 Autism, also called autism spectrum disorder (ASD), is a complicated condition that includes problems with communication and behavior. It can involve a wide range of symptoms and skills. ASD can be a minor problem or a disability that needs full-time care in a special facility.

People with autism have trouble with communication. They have trouble understanding what other people think and feel. This makes it hard for them to express themselves, either with words or through gestures, facial expressions, and touch.

People with autism might have problems with learning. Their skills might develop unevenly. For example, they could have trouble communicating but be unusually good at art, music, math, or memory. Because of this, they might do especially well on tests of analysis or problem-solving.

More children are diagnosed with autism now than ever before. But the latest numbers could be higher because of changes in how it’s diagnosed, not because more children have a disorder.

Symptoms of autism usually appear before a child turns 3. Some people show signs from birth.

Common symptoms of autism include:

Some children with autism may also have seizures. These might not start until adolescence.

Parents of children with autism usually have a few unanswered questions such as “How did my child develop autism?” “My child was absolutely fine and had even started to pick up a few words. What happened all of sudden?” “Is autism acquired?” “Could it have been prevented?” “Is it genetic?” “Can my other children also have autism?”

Medical science does not have answers for many of these questions, and although the “why” may never be known, what is becoming clearer with ongoing research is, “What is the fundamental problem in the brains of the children with Autism”.

In autism, though the brain structure looks normal, there are functional abnormalities in speciﬁc regions of brain. This information, about the functioning of brain areas can be obtained from functional neuroimaging techniques like PET-CT scan and functional MRI scan of the brain. These imaging studies permit the study of the abnormal pattern of cortical activation in autism. These studies indicate that certain areas of the brain show reduced functioning like mesial temporal lobe (innermost part of the brain responsible for learning, understanding, memory, social interaction and abstract thinking), frontal lobe (the front part of the brain responsible for emotions and aggression) and cerebellum (responsible for balance, coordination, muscle tone and speech). Hence the dysfunction of these areas are responsible for problems seen in autism.

Research has also helped us to know that there isn’t one cause of autism but multiple risk factors that increase the risk of a child developing autism. Most cases of autism seem to be caused by a combination of autism risk genes and environmental factors influencing the early brain development. Over the last five years, scientists have identified a number of rare gene changes or mutations which have been associated with autism. Other factors related to children with autism and their parents that may contribute to increase the risk of Autism have also been identified. Along with these certain environmental factors have also been included in the risk factors for Autism.

Below mentioned are a few probable causes of autism:

It has been observed that gut microbiota affects the brain development and function. This was especially observed during various mice studies which indicated abnormal psychiatric symptoms in mice with abnormal gut microbiota. This theory has been extrapolated in Autism as well. The two gut related factors that are postulated as causes in Autism are firstly, the abnormal micro bacterial population in the gut of the children and second, the impaired carbohydrate metabolism by the intestinal cell lining. Many abnormalities in the intestinal cell lining such as ileo-colonic lymphoid nodular hyperplasia, enterocolitis, gastritis, and esophagitis, have been observed in various studies. A disruption of enterocyte membrane with increase inflammation in the gut has also been seen. Inflammatory markers such as cytokines, immunoglobulins and lymphocyte profiles are known to be altered in children with Autism, which leads to an increased permeability of intestines, and deficient activity of enzymes. Studies have also shown a strong correlation between the severity of autism and gastrointestinal problems. Commonly, the GI disorders observed in children with Autism, are chronic constipation, diarrhoea, gastroesophageal reflux disorder (GERD) and a gluten or casein intolerance..

Genetic factors are thought to be some of the most significant causes for autism spectrum disorders. It was earlier estimated that genetics could explain the occurrence of autism in over 90% of patients, however, thorough studies later proved that this was an overestimate.

In a twin study conducted, it was found that many non-autistic co-twins had learning or social disabilities, thus, making it difficult to explain the occurrence of autism, purely on the basis of genetics. Therefore, whether or not a child would autistic, depends on how different genes interact with one another, what their penetrance or response to a certain feature or characteristic is,  the defect in the gene, environmental triggers and many other factors

Prenatal and perinatal risk factors could be one of the most important environmental triggers for autism. There are several prenatal risk factors which could cause autism, like advanced age of either parent, diabetes, bleeding, and use of psychiatric drugs in the mother during pregnancy. A child’s risk of developing autism has also been associated with the age of his or her parent at birth. The biological reasons for this are unknown; possible explanations include increased risk of pregnancy complications, increased risk of chromosomal abnormalities, spontaneous mutations, etc.

A wide variety of postnatal contributors to autism have been proposed, including gastrointestinal or immune system abnormalities, allergies, and exposure of children to drugs, vaccines, infection, certain foods, or heavy metals. The evidence for these risk factors is anecdotal and has not been confirmed by reliable studies. The subject remains controversial and extensive further searches for environmental factors are underway.

Prenatal stress consisting of exposure to life events or environmental factors that distress an expectant mother, have been hypothesized to contribute to autism, possibly as part of a gene-environment interaction. There have been animal studies which have reported that prenatal stress can disrupt brain development and produce behaviors resembling symptoms of autism. There also have been studies which report that prenatal high testosterone levels in the amniotic fluid and prenatal exposure to ultrasound waves have been fleetingly associated with autism, though no substantial evidence to support it has come through.

Thyroid deficiencies in the first 8-12 weeks have been postulated to facilitate symptoms of autism. Thyroxine deficiencies can be caused by inadequate iodine in the diet, improper absorption or possible environmental agents such as flavonoids in food, tobacco smoke, and most herbicides. However, this hypothesis has not been proven yet.

Recently it has been noticed that certain traits of the father of the child may also contribute as a risk factor for autism.

Studies have suggested that advanced paternal age is a risk factor for Autism. Men above the age of 45 years are thrice as prone to fathering children with Autism, as compared to 24 year old men. Men younger than 20 years are also at the risk of fathering children developing autism. This risk carries forward over generations, a study suggests if a father’s age is above 50 years, not only their children but their grandchildren also have a higher risk of developing autism.

Environmental factors play a role in increasing risk of Autism. With urbanization and industrialization we are exposed to chemical pollutants in air, water, soil and therefore even the food we eat. With advent of technology we are exposed to more and more electromagnetic radiations. These elements are presumed to contribute to increased risk of Autism.

We’ve all heard that electromagnetic radiations from the electronic devices we use affect brain function. To get down to the technicality of this statement, electromagnetic radiations can alter  the biological electric activity of the brain, thus, increasing blood brain barrier permeability and inducing epigenetic modifications. This can therefore, potentially alter damage brain cells and thus affect brain development. Wireless radiations, especially, emitted from the gadgets we regularly use, such as cellphones, etc. can potentially contribute to neuroinflammation. Prolonged or regular exposure to wireless radiations during pregnancy may affect not just the mother, but also the fetus. Children exposed to constant wireless radiations early in the childhood may also experience harmful effects of the radiation. These radiations are presumed to interfere with the ability of human body to excrete heavy metals. This can lead to heavy metal accumulation inside cells thus, causing toxicity. Reducing the exposure to wireless radiation has shown reduction in the symptoms of Autism in some instances. Although, the evidence for the causative effect of these radiations is very minimal at the moment, it warrants further investigation.

Mercury poisoning has also been considered as one of the risk factors of autism. Mercury binds to Cysteine-Thiol which can damage brain cells. Glutathione prevents mercury binding to Cysteine-Thiol group. Glutathione levels in children with autism are significantly reduced as compared to a normal individual, in addition mercury cannot be excreted effectively in children with Autism. Therefore, mercury exposure can lead to toxicity in these children. Mercury toxicity can cause immune deficits, sensory deficits, motor deficits and behavioural abnormalities; all of these present in children with autism. However, this cause has not been very well validated. A meta-analysis published in 2007 concluded that there was no link between mercury and autism.

Aluminium is a neurotoxin and a strong immune adjuvant, its neurotoxicity could be attributed to its impact of inducing oxidative stress and liberating DNAse which is a significant DNA damage inducer.

he MMR vaccine theory of autism is one of the most extensively debated theories regarding the origins of autism. There are different concerns regarding vaccination and its relationship with autism. Primary concern being the Measles – Mumps – Rubella (MMR) Vaccine itself causing autism, second one of the preservatives used in different vaccines causing autism and third simultaneous administration of multiple vaccines can overwhelm the immune system that leads to immune compromise causing autism.

There was a finding presented by a British Gastroenterologist in Dr. Andrew Wakefield who presented a case series of 8 children with Autism who were diagnosed of Autism 1 month after receiving the MMR vaccine. The findings in the paper, however, were refuted by many other scientists due to lack of control group and the inability to disprove the coincidental occurrence of autism in these children. There were approximately 40000 children receiving the vaccine every year in the UK and the prevalence of autism was 1 in 2000 children in 1998. Therefore, it was very likely that this could be an coincidental finding. This paper was later retracted by Lancet.

Twenty epidemiological studies thereafter from different countries with large enough population to detect even a minor effect of vaccines on autism have been conducted, all of these studies don’t show any relation between vaccination and risk for Autism. The Centers for Disease Control and Prevention, the Institute of Medicine of the National Academy of Sciences, and the U.K. National Health Service have all concluded that there is no evidence of a link between the MMR vaccine and autism. As diseases like measles can cause severe disabilities and death, the risk of a child’s death or disability due to not vaccinating a child is significantly larger than presumed risk of child developing Autism.

There’s no cure for autism. But early treatment can make a big difference in development for a child with autism. If you think your child shows symptoms of ASD, tell your doctor as soon as possible.

What works for one person might not work for another. Your doctor should tailor treatment for you or your child. The two main types of treatments are:

Talk to your doctor before trying something different, like a special diet.