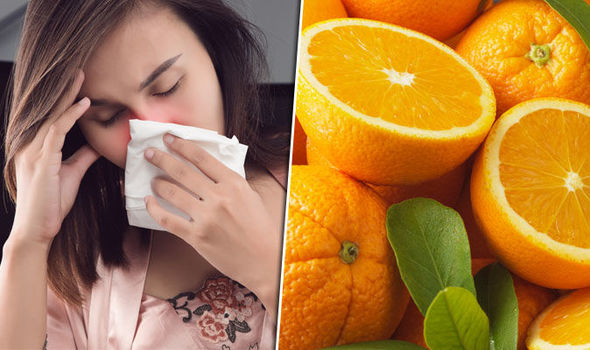 Vitamin C for Colds — Does It Actually Work?

The common cold is the most frequent infectious disease in humans, and the average person gets one several times per year.

Interestingly, vitamin C has often been claimed to be an effective treatment.

Does Vitamin C Have Any Effect on the Common Cold?

He published a book about cold prevention using megadoses of vitamin C, or up to 18,000 mg daily. For comparison, the RDA is 75 mg for women and 90 mg for men.

At that time, no reliable studies had proved this to be true.

But in the following few decades, multiple randomized controlled studies examined whether the vitamin had any effect on the common cold.

The results have been fairly disappointing.

An analysis of 29 studies including 11,306 participants concluded that supplementing with 200 mg or more of vitamin C did not reduce the risk of catching a cold.

However, regular vitamin C supplements had several benefits, including:

A supplemental dose of 1–2 grams was enough to shorten the duration of a cold by 18% in children, on average.

Other studies in adults have found 6–8 grams per day to be effective.

Vitamin C appears to have even stronger effects in people who are under intense physical stress. In marathon runners and skiers, vitamin C alantost halved the duration of the common cold .

How Does Vitamin C Reduce the Severity of Colds?

Vitamin C is an antioxidant and necessary to produce collagen in the skin.

Collagen is the most abundant protein in mammals, keeping skin and various tissues tough but flexible.

A vitamin C deficiency results in a condition known as scurvy, which isn’t really a problem today, as most people get enough vitamin C from foods.

However, it’s less known that vitamin C is also highly concentrated in immune cells and quickly depleted during an infection.

In fact, a vitamin C deficiency significantly weakens the immune system and increases the risk of infections.

For this reason, getting enough vitamin C during an infection is a good idea.

Other Nutrients and Foods That May Help

There is no cure for the common cold.

However, some foods and nutrients can help the body recover. In the past, people have used various foods to reduce their symptoms.

Few of these are scientifically proven to work, but some are backed by evidence.

Supplementing with vitamin C won’t reduce your risk of catching a cold, but it may speed up your recovery and reduce the severity of your symptoms.

While taking supplements may be necessary to reach the high vitamin C intake required to improve colds, make sure not to go overboard.

That’s because too much vitamin C has some adverse side effects.

To meet your basic nutrient requirements, whole foods are generally a better idea. Good examples of healthy foods that are high in vitamin C include oranges, kale and red bell peppers.

Aiming to Serve Humanity. View all posts by drdaljit