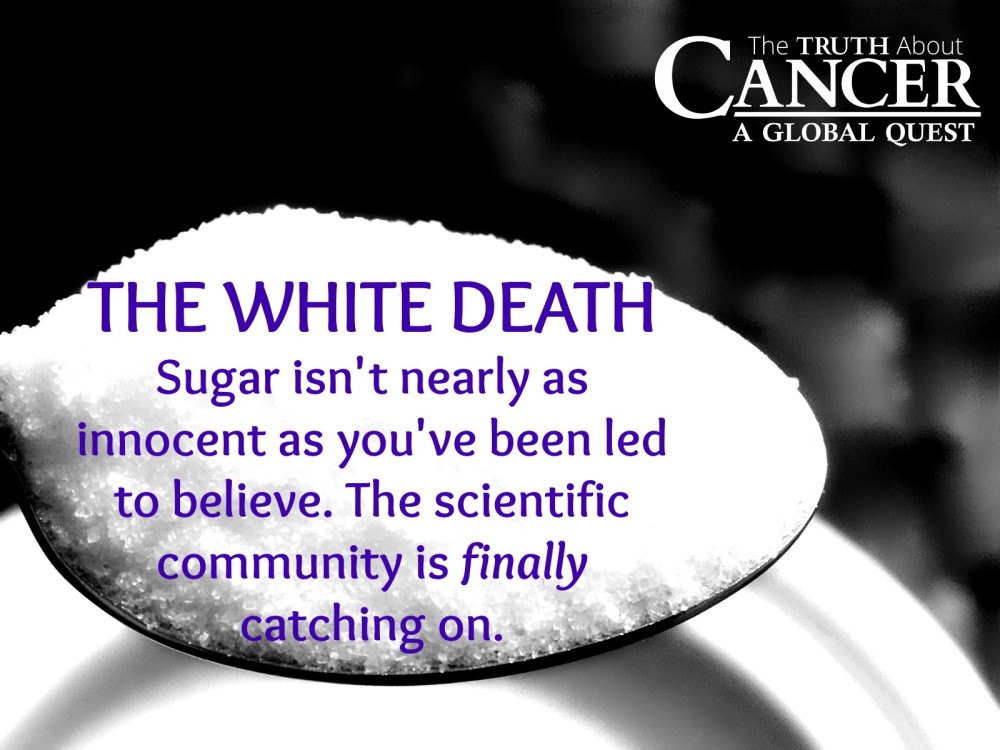 Sugar has a bittersweet reputation when it comes to health. Sugar occurs naturally in all foods that contain carbohydrates, such as fruits and vegetables, grains, and dairy. Consuming whole foods that contain natural sugar is okay. Plant foods also have high amounts of fiber, essential minerals, and antioxidants, and dairy foods contain protein and calcium.

Since your body digests these foods slowly, the sugar in them offers a steady supply of energy to your cells. A high intake of fruits, vegetables, and whole grains also has been shown to reduce the risk of chronic diseases, such as diabetes, heart disease, and some cancers.

Consuming too much sugar

However, problems occur when you consume too much added sugar — that is, sugar that food manufacturers add to products to increase flavor or extend shelf life.

In the American diet, the top sources are soft drinks, fruit drinks, flavored yogurts, cereals, cookies, cakes, candy, and most processed foods. But added sugar is also present in items that you may not think of as sweetened, like soups, bread, cured meats, and ketchup.

The result: we consume way too much added sugar. Adult men take in an average of 24 teaspoons of added sugar per day, according to the National Cancer Institute. That’s equal to 384 calories.

“Excess sugar’s impact on obesity and diabetes is well documented, but one area that may surprise many men is how their taste for sugar can have a serious impact on their heart health,” says Dr. Frank Hu, professor of nutrition at the Harvard T.H. Chan School of Public Health.

1. Can Cause Weight Gain

Rates of obesity are rising worldwide and added sugar, especially from sugar-sweetened beverages, is thought to be one of the main culprits.

Sugar-sweetened drinks like sodas, juices and sweet teas are loaded with fructose, a type of simple sugar.

Consuming fructose increases your hunger and desire for food more than glucose, the main type of sugar found in starchy foods.

Additionally, excessive fructose consumption may cause resistance to leptin, an important hormone that regulates hunger and tells your body to stop eating.

In other words, sugary beverages don’t curb your hunger, making it easy to quickly consume a high number of liquid calories. This can lead to weight gain.

Research has consistently shown that people who drink sugary beverages, such as soda and juice, weigh more than people who don’t.

Also, drinking a lot of sugar-sweetened beverages is linked to an increased amount of visceral fat, a kind of deep belly fat associated with conditions like diabetes and heart disease.

SUMMARY Consuming too much added sugar, especially from sugary beverages, increases your risk of weight gain and can lead to visceral fat accumulation.

2. May Increase Your Risk of Heart Disease

High-sugar diets have been associated with an increased risk of many diseases, including heart disease, the number one cause of death worldwide.

Additionally, consuming too much sugar, especially from sugar-sweetened drinks, has been linked to atherosclerosis, a disease characterized by fatty, artery-clogging deposits.

This means that one sugary drink a day can already put you over the recommended daily limit for added sugar.

SUMMARY Consuming too much added sugar increases heart disease risk factors such as obesity, high blood pressure and inflammation. High-sugar diets have been linked to an increased risk of dying from heart disease.

3. Has Been Linked to Acne

A diet high in refined carbs, including sugary foods and drinks, has been associated with a higher risk of developing acne.

For example, a study in 2,300 teens demonstrated that those who frequently consumed added sugar had a 30% greater risk of developing acne.

These findings coincide with the theory that diets high in processed, sugar-laden foods contribute to the development of acne.

SUMMARY High-sugar diets can increase androgen secretion, oil production and inflammation, all of which can raise your risk of developing acne.

4. Increases Your Risk of Type 2 Diabetes

The worldwide prevalence of diabetes has more than doubled over the past 30 years.

Though there are many reasons for this, there is a clear link between excessive sugar consumption and diabetes risk.

Obesity, which is often caused by consuming too much sugar, is considered the strongest risk factor for diabetes.

A population study comprising over 175 countries found that the risk of developing diabetes grew by 1.1% for every 150 calories of sugar, or about one can of soda, consumed per day.

Other studies have also shown that people who drink sugar-sweetened beverages, including fruit juice, are more likely to develop diabetes.

SUMMARY A high-sugar diet may lead to obesity and insulin resistance, both of which are risk factors for type 2 diabetes.

5. May Increase Your Risk of Cancer

Eating excessive amounts of sugar may increase your risk of developing certain cancers.

First, a diet rich in sugary foods and beverages can lead to obesity, which significantly raises your risk of cancer.

Furthermore, diets high in sugar increase inflammation in your body and may cause insulin resistance, both of which increase cancer risk.

A study in over 430,000 people found that added sugar consumption was positively associated with an increased risk of esophageal cancer, pleural cancer and cancer of the small intestine.

Research on the link between added sugar intake and cancer is ongoing, and more studies are needed to fully understand this complex relationship.

SUMMARY Too much sugar can lead to obesity, insulin resistance and inflammation, all of which are risk factors for cancer.

6. May Increase Your Risk of Depression

While a healthy diet can help improve your mood, a diet high in added sugar and processed foods may increase your chances of developing depression.

Consuming a lot of processed foods, including high-sugar products such as cakes and sugary drinks, has been associated with a higher risk of depression.

Researchers believe that blood sugar swings, neurotransmitter dysregulation and inflammation may all be reasons for sugar’s detrimental impact on mental health.

A study following 8,000 people for 22 years showed that men who consumed 67 grams or more of sugar per day were 23% more likely to develop depression than men who ate less than 40 grams per day.

Another study in over 69,000 women demonstrated that those with the highest intakes of added sugars had a significantly greater risk of depression, compared to those with the lowest intakes.

SUMMARY A diet rich in added sugar and processed foods may increase depression risk in both men and women.

7. May Accelerate the Skin Aging Process

Wrinkles are a natural sign of aging. They appear eventually, regardless of your health.

However, poor food choices can worsen wrinkles and speed the skin aging process.

Advanced glycation end products (AGEs) are compounds formed by reactions between sugar and protein in your body. They are suspected to play a key role in skin aging.

Consuming a diet high in refined carbs and sugar leads to the production of AGEs, which may cause your skin to age prematurely.

AGEs damage collagen and elastin, which are proteins that help the skin stretch and keep its youthful appearance.

When collagen and elastin become damaged, the skin loses its firmness and begins to sag.

In one study, women who consumed more carbs, including added sugars, had a more wrinkled appearance than women on a high-protein, lower-carb diet.

The researchers concluded that a lower intake of carbs was associated with better skin-aging appearance.

SUMMARY Sugary foods can increase the production of AGEs, which can accelerate skin aging and wrinkle formation.

Telomeres are structures found at the end of chromosomes, which are molecules that hold part or all of your genetic information.

Telomeres act as protective caps, preventing chromosomes from deteriorating or fusing together.

As you grow older, telomeres naturally shorten, which causes cells to age and malfunction.

Although the shortening of telomeres is a normal part of aging, unhealthy lifestyle choices can speed up the process.

Consuming high amounts of sugar has been shown to accelerate telomere shortening, which increases cellular aging.

A study in 5,309 adults showed that regularly drinking sugar-sweetened beverages was associated with shorter telomere length and premature cellular aging.

In fact, each daily 20-ounce (591-ml) serving of sugar-sweetened soda equated to 4.6 additional years of aging, independent of other variables.

SUMMARY Eating too much sugar can accelerate the shortening of telomeres, which increases cellular aging.

However, this rise in energy levels is fleeting.

Products that are loaded with sugar but lacking in protein, fiber or fat lead to a brief energy boost that’s quickly followed by a sharp drop in blood sugar, often referred to as a crash.

Having constant blood sugar swings can lead to major fluctuations in energy levels.

To avoid this energy-draining cycle, choose carb sources that are low in added sugar and rich in fiber.

Pairing carbs with protein or fat is another great way to keep your blood sugar and energy levels stable.

For example, eating an apple along with a small handful of almonds is an excellent snack for prolonged, consistent energy levels.

SUMMARY High-sugar foods can negatively impact your energy levels by causing a spike in blood sugar followed by a crash.

10. Can Lead to Fatty Liver

A high intake of fructose has been consistently linked to an increased risk of fatty liver.

Unlike glucose and other types of sugar, which are taken up by many cells throughout the body, fructose is almost exclusively broken down by the liver.

In the liver, fructose is converted into energy or stored as glycogen.

However, the liver can only store so much glycogen before excess amounts are turned into fat.

Large amounts of added sugar in the form of fructose overload your liver, leading to non-alcoholic fatty liver disease (NAFLD), a condition characterized by excessive fat buildup in the liver.

A study in over 5,900 adults showed that people who drank sugar-sweetened beverages daily had a 56% higher risk of developing NAFLD, compared to people who did not.

SUMMARY Eating too much sugar may lead to NAFLD, a condition in which excessive fat builds up in the liver.

Aside from the risks listed above, sugar can harm your body in countless other ways.

Research shows that too much added sugar can:

Research on the impact of added sugar on health is ongoing, and new discoveries are constantly being made.

SUMMARY Consuming too much sugar may worsen cognitive decline, increase gout risk, harm your kidneys and cause cavities.

How much is okay?

If 24 teaspoons of added sugar per day is too much, then what is the right amount? It’s hard to say, since sugar is not a required nutrient in your diet. The Institute of Medicine, which sets Recommended Dietary Allowances, or RDAs, has not issued a formal number for sugar.

However, the American Heart Association suggests that men consume no more than 150 calories (about 9 teaspoons or 36 grams) of added sugar per day. That is close to the amount in a 12-ounce can of soda.

Reading food labels is one of the best ways to monitor your intake of added sugar. Look for the following names for added sugar and try to either avoid, or cut back on the amount or frequency of the foods where they are found:

Also, keep track of sugar you add to your food or beverages. About half of added sugar comes from beverages, including coffee and tea. A study in the May 2017 Public Health found that about two-thirds of coffee drinkers and one-third of tea drinkers put sugar or sugary flavorings in their drinks. The researchers also noted that more than 60% of the calories in their beverages came from added sugar.

Yet, Dr. Hu warns against being overzealous in your attempts to cut back on added sugar, as this can backfire. “You may find yourself reaching for other foods to satisfy your sweet cravings, like refined starches, such as white bread and white rice, which can increase glucose levels, and comfort foods high in saturated fat and sodium, which also cause problems with heart health,” he says.